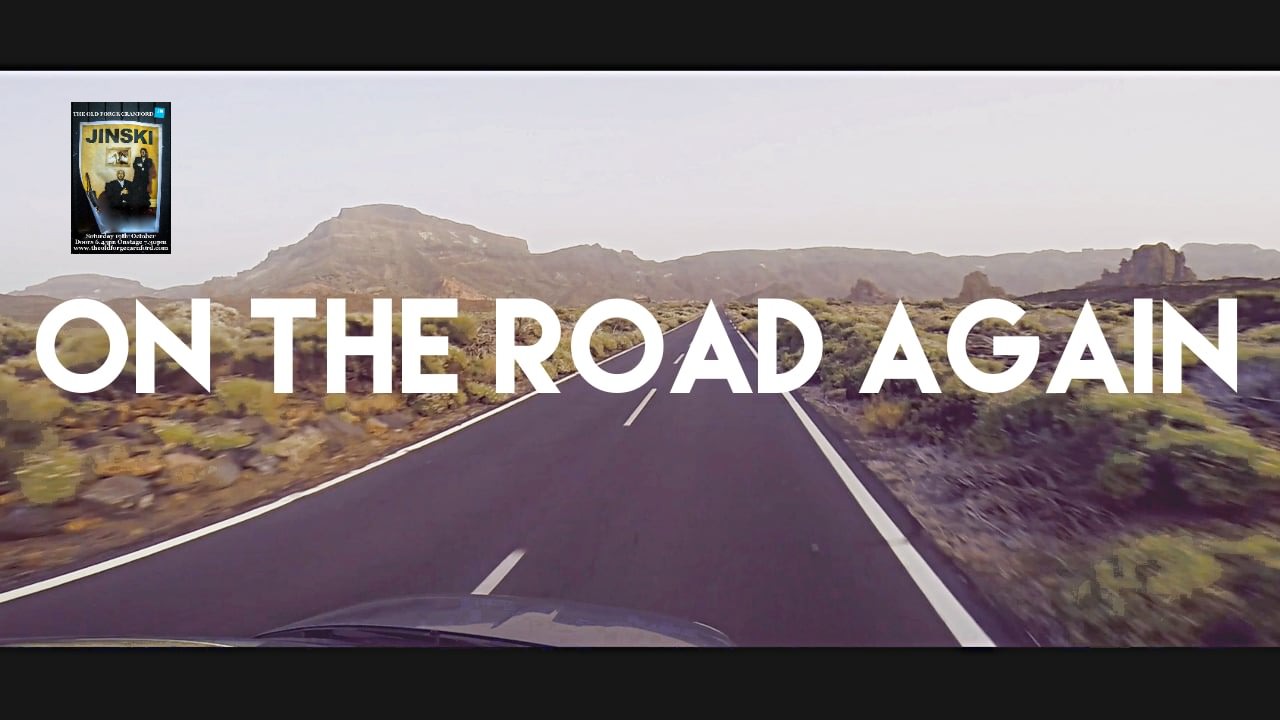 On The Road Again

After touring for years or playing ‘live’ somewhere it is frightening to realise that my last gig was on Saturday 19th October 2019! at The Old Forge, Cranford, Northants. The little pic in the poster is from that gig. That was with the JINSKI duo but over the years I have also done tons of shows as a solo performer all over the UK and beyond. Some might say it is a glamourous life! Ha ha, maybe it is if you are Taylor Swift, or James Taylor for that matter, but for most working touring musicians it’s a hard slog. Here are a few reflections.

A wonderful musician and songwriter Johnny Dickenson, now sadly no longer with us, once described being a musician as ‘a driving job!’ and never a truer word was spoken. I am a little more careful these days but it wasn’t that many years ago when I would do some work in a school in the morning, throw the guitar, an amp, and a box of leads in the back of the car and drive down to London in the afternoon (roughly 300 miles). Then there would be a soundcheck in the early evening for a show at The Mean Fiddler in Harlesden, going onstage at 10pm. I would do about 45 minutes, collect my meagre takings, sell a few CD’s and then get back in the car and drive home. Unload the car at 6am trying not to disturb the neighbours, get a few hours sleep and get up in time for an afternoon song writing session with young people in a Community Centre in the west end of Newcastle.

I did have the occasional ‘driver’ with me, well one of my mates, fond memories of sharing the wheel with Craig Malcolm, Paul Kourousis and John Fairs. With the JINSKI duo Dave Kennedy and I did a lot of miles together and it worked, Dave was generally happy to drive to the gig and I liked driving back, there is something about the late night quiet roads that appeals to me, always has, maybe it’s the transient feel of it, probably why I quite like train stations and airports!

Mostly though for Dave and I, it would be the Travel Lodge just up the road from the gig, a spare room in the promoters house, family and friends or the ‘kindness of strangers'. I can’t stress what a difference it makes when you are well looked after and there’s coffee and a cooked breakfast to get you on your way. Searching for a half decent, not too expensive breakfast with the per diem was something we developed into a fine art. I recommend Morrisons!

Sharing the stage can be great and I have been privileged to have done that with some wonderful musicians, you can learn so much from the side of the stage. I have always enjoyed doing an opening support slot, there is not quite so much pressure and you have the rest of the show to enjoy too. Lots of acts at the same gig can be quite challenging, too much gear all over the stage, no room to move and five minute line checks...one two, one two, right off you go! Big shout out to soundman Geoff (he met Joni Mitchell) from Kontra Roots Promotions...100% brilliant sound, always. In fact it is worth mentioning just how important small local promoters like Kevin Buxton at Kontra Roots in Northamptonshire are to touring bands and performers. Hope you people are keeping safe and well out there.

Finally, for the time being (more reflections to come) a word about folk clubs. There are not many left these days but along with other small operations like Open Mic nights they have served such a vital role in getting musicians started, making those first few tentative steps to taking your music from out of the bedroom and into some kind of public space. Regardless of the quality, it’s good to know those opportunities are out there and despite the current situation will hopefully continue to be so long after the pandemic is over.

It’s easy to forget what a therapeutic experience five minutes on the stage can be, I am reminded of being at a gig somewhere in the south of England watching the floor spots and waiting to do our show. A young man was delivering a particularly emotional version of ‘Riders On the Storm’ by The Doors, possessed would not be too strong a term to describe the performance. A lady sitting next to me leaned over and said, ‘we’ve been quite worried about Nigel but I think this helps!’ (the names have been changed to protect the innocent). 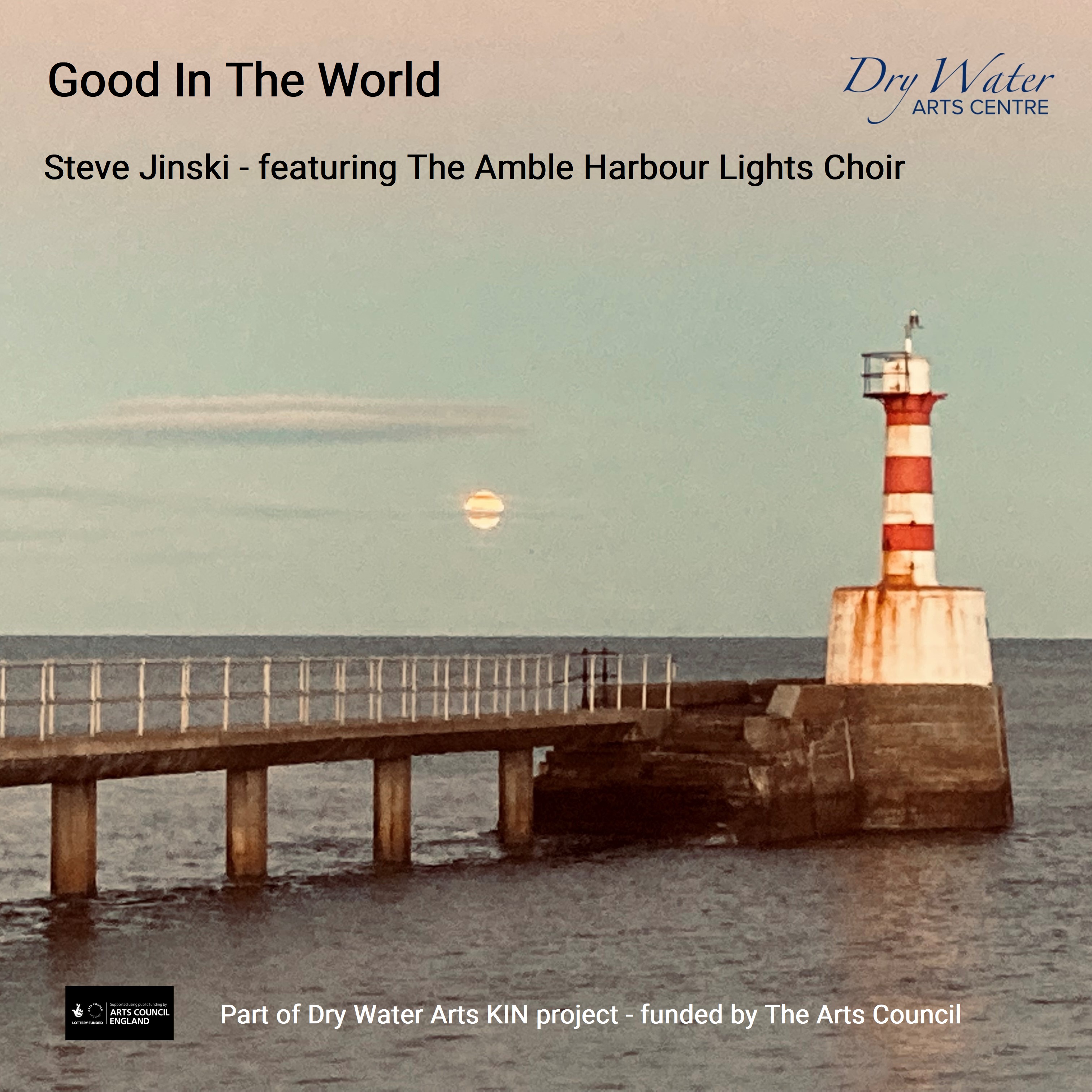 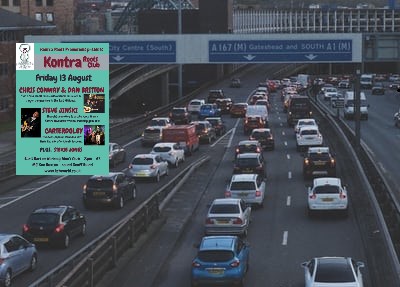